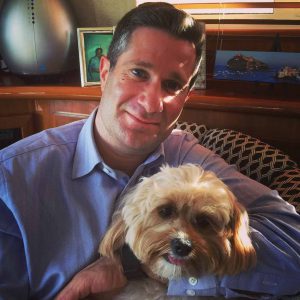 The Heart of A Beast: Lonnie Ogulnick 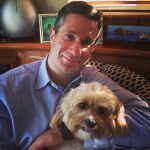 Lonnie Ogulnick is the founder and CEO of Gordon Wealth. In this episode, he shares how he was able to pull himself out of a deep funk when he was in his 20s and how his morning routine kept his performance — and profits — up for the last two decades.

If you’ve ever been in a dark place, this episode is a must listen.

The first thing I would tell anybody who’s stuck is to get out there and do some exercise for the first 30 to 60 minutes after you wake up.

When you work out an hour of hell, you get a bank of energy. Those are endorphins that are firing away. Boom. Boom. Boom. That wave of energy lasts you a good six hours. It doesn’t leave you. That’s the bank you want to fill up right out of the gates. Fill up that bank account.

When you workout late at night, you can’t fall asleep. It’s almost like wasting money.

If I’m going to use that early morning workout and take those endorphins to work, everybody I interact is going to feel that positive energy and that endorphin flow that I’m pushing out into the world.

When did you discover that exercising early in the morning is the key to getting unstuck?

When I got dumped and I had no job and I went back home. In college, I would go to the gym with my friend at 4 o’clock. It always made me feel better working out.

This 6 a.m. workout happened more recently, when an injury forced me to work out to get my shoulder better. I went back to old school lifting weights.

A buddy of mine said to me, “Hey Lonnie, you’re lifting weights like it’s 1990.” He’s like, “You got to come to one of my boot camps where you do a whole body workout.”

I went two days a week for about a year. It was great. Then a friend told me about this fit shop, which was CrossFit Lite.

I went to that one on the other two days — Tuesdays and Thursdays, from six to seven. I felt amazing.

When you sweat, I always tell that you’re beating up your red beast. It’s that fat little guy gnawing in the back of your head, telling you, “Stay in bed. Don’t workout. You don’t need to do it. You could take a day off.”You just want to crush that guy.

Believe me. It doesn’t get easier the more you do it. They crush you. But people talk about it, and they love it. It’s the hardest class they have. You see 60-year old people, “It’s great. I love it.”

What would you say to somebody who’s been in a rut for a long time, struggling to get out?

It’s sort of like this fake person that’s out there in your brain talking to you.

A lot of us put a crutch on ourselves. Whether you just got dumped, or they had a bad childhood, we always go back to this crutch of “I’m depressed because of this external thing,” but that’s not really true. That’s just your excuse because of your own insecurities and your own flaws. That was just a lie.

I can have somebody give me an honest slap. I’d rather have an honest slap than a false kiss. A person that in syncs their negativity and you can feel it in your bloodstream, they need to be removed from your life. That’s step one.

“I took all that darkness and transformed it into positive energy. And it made me the top financial advisor for new accounts my first year in the business, when there were 400 advisors at the firm.”

It might be a slow process. It might be something like a walk around the block 10 times in nature and breathing in the fresh air. You’ve got to get your body moving.

Nobody’s going to help you destroy that little red guy in your head but you. There’s nothing wrong with talking to a therapist, and getting help from professionals. If it’s really that deep, you’ve got to talk somebody about it. It’s very therapeutic to get all that crap out of your system with somebody who’s never going to judge you. There’s nothing wrong with that.

If you’re stuck and you’re in a deep, dark place, the working out’s great, but if you need to get stuff off your chest once a week or every other week until you feel good, there’s people out there who can help.

Tell us about the moment that you really felt you had the “heart of a beast.”

Passing the Series 7 was the first time I realized that I had this brain.

I was like, “Oh my God. If you put in the work and study and focus, you can be successful.”

It was the most amazing thing, because I always knew I could sell, but I didn’t realize I had the intellectual capacity to pass a hard test.

I still can recall that day as being the most proud moment of my life. All the negative energy that I had, I was able to transform. I talk a lot about “a plug and an outlet.” When you walk into a room, it’s dark. If you can find the plug and the outlet, the light goes on. For me, that plug and that outlet was becoming a financial advisor.

That energy that I had made me the top financial advisor for new accounts my first year in the business, when there were about 400 advisors at the firm.

While most of the people in there were miserable that they had to cold call, I was just happy to be doing something that was productive. I could see my future.

People who are depressed don’t have any outlets to plug into. You’ve got to really work on finding an outlet. Because if you do, if you find something where you can actually wake up and be excited to go do, the working out is easier because you want to have that energy to get to work. You want to work hard and become the best version of yourself.

How did you find sales as your “outlet” — the activity that makes you come alive?

At 13 years old, I was dealing baseball cards at shows. I was a little kid with adults to the left and right of me at the Nassau Coliseum, hustling Don Mattingly rookie cards. I was in my basement, stuffing all these little brown bags and zip locks, and making a sign that said ” a Don Mattingly rookie card.” I made like 40 and charged $5 bucks to draw people to my booth.

In ninth grade, I was a bookie. My friends wanted to bet on games. This twelfth grader was doing it and I asked, “How are you doing that?” and I followed his path. I started to take my friend’s bets and made a little bit of money on that.

My dad was a second generation salesman in the uniform business. It was just something in my DNA. I always knew I wanted to be a salesman. That’s just who I am.

They say one person tells you something, you can listen to it or not. If two or three, you better open your ears up and pay attention.

Every child has that little spark, that God given gift or talent, and focus.

If you were a kid who liked dissecting and putting together bicycles, maybe you’re a mechanic. Maybe you should have your own auto-body shop.

How has your book impacted others?

When I actually see the people that are following through with the advice that’s in the book, and they’re telling me, “You got me to get up at 5:30. I’m working out. I’m doing cold plunges. I’m in the steam. I’m following the routines you tell me, and it’s changing my life.” That’s a nice message to spread.

A buddy of mine made it mandatory for all his employees to read this book. He’s showing me text messages of his employees being like, “I just hiked the Andes Mountains. Look at me, I’m in beast mode.”

I don’t even know how to react sometimes. I’m just a regular guy who put everything that’s been in my brain down on paper. I’m happy that it’s helping other people. It’s really my only goal in writing that book, to help other people.

What was the most challenging part of writing the book?

Look, I’m not a writer. Putting together something that was good reading material, for someone who’s never written a book, was the hardest thing to do.

Then following through, finishing something you started, and being okay with a product that might not be perfect. That was hard. At some point, you just have to let go and put it out. Because you can find something wrong with it every time.

I really love this topic of finding your beast, and really digging into how you can be better.

The book has made me better. I wrote about being a lone-wolf, and now I’m really going to do it. I went from being an employee at a firm to starting my own. And writing the book gave me the confidence to make that move.

What’s a personal failure you’ve had in the past year, and how did you deal with it?

One of the reasons I had to leave my advisory firm and start my own was because I started to get massive amounts of resistance for publishing a self-help type book. The people who said I could do it never actually thought I would finish the book.

Then when the rubber was hitting the road and it was coming out, it was like roadblock after roadblock.

“You can’t do this yet. We have to reread it. We’re not sure about this.”

One day, I went into the elevator and just broke down.

They didn’t understand the hours, the time away from my family that I put into this process. They just didn’t get what I went through, or what my vision was. I had a breakdown. Tears coming out of my eyes.

I said, “That’s it. I’m done with this bureaucracy and I’m going to be my own man. I’m going to start my own firm. I’m just going to branch off so there’ll be no animosity.” I just cut the cord and left. I brought my clients with me, and I started this new journey. I turned a negative into a positive.

How can our listeners stay in touch with you?

I’ve been really having a lot of fun on Instagram @GordonWealth, and @LonnieOgulnick. All the pictures in my life are right on there. I have a lot of fun doing Instagram stories or Instagram live where I’m starting to do that more.

Twitter’s a great spot if anyone wants to shoot over a question for me. That’s also that @LonnieOgulnick or @GordonWealth.

If you need financial advice, you can always send an email to [email protected] 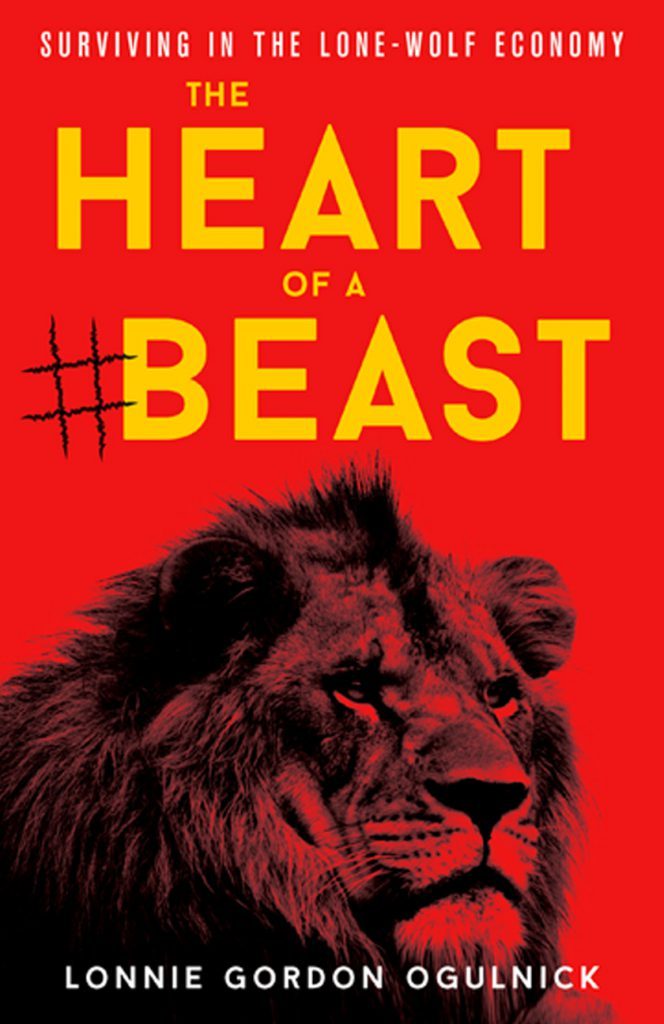 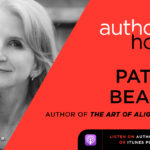 The Art of Alignment: Patty Beach 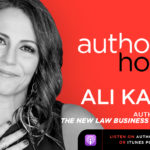 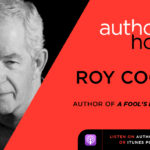