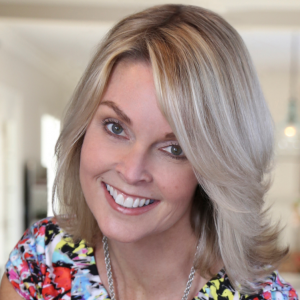 You Never Told Me That!: Kathleen Davis 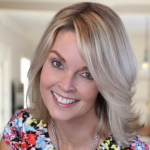 Today’s episode is with Kathleen Davis, author of You Never Told Me That!

Kathleen’s book is about the difficult conversations every parent needs to have with their kids in order to help them thrive in the real world. If your son or daughter is about to graduate from high school or college, this episode is a must listen.

People tend to think that our kids just pick things up. That’s not true. There are so many basic things that we really need to tell our kids about, and we need to spell them out.

We’re either afraid to have the conversations, or we think that they’re not important enough to have. Some are simple, like “Why do you get up and make your bed in the morning?” “Why is it important to open your mail?”

Then some are serious things, like consent or teaching your kids to develop empathy.

When my son was in second grade, he was being bullied and there was a kid that kept putting notes on his desk. The notes would say, “I’m going to beat your face in,” and he wasn’t joking. A lot of kids at school were afraid of him.

He actually did have my son’s face on the ground in the playground quite a few times. My son was terrified of him. So, I said to my son, Henry, “Hey, do you want to invite him over?”

“Are you out of your mind? We’re not having him at our house! What’s wrong with you, mom?”

I’m like, “Well, honey, here’s the thing. I have a feeling there’s something this kid feels really bad about. People don’t go around saying ‘I’m going to bloody your face’ unless they feel bad. They just don’t. Maybe he doesn’t have any friends? I don’t know what his deal is, but maybe let’s just invite him over and then we can sort of break the spell.”

We didn’t invite him over, but ultimately, the kid stopped bullying him. School ended, he came back the next year, and he and Henry were friends.

It turns out the teachers were afraid of his mom. The apple did not fall from the tree.

But my point with Henry was that you can‘t just think about what’s happening to you all the time. It’s not all about you, it’s usually not anything about you. It’s about this kid, and what he’s probably going through that’s making him do this. Try to focus on that and you might have some better insight into why he’s doing it.

I think that’s what I try to teach my kids all the way along. I try to remind myself of that in business, all the time.

Why did you decide to write this book?

My son, Henry, is really into climbing. He’s into bouldering especially, but he also wants to do some regular climbing. He’s at the rock wall six days a week and he is constantly watching climbing documentaries and free solo. He can’t wait to try out for the collegiate climbing team. He lives and breathes the idea of climbing.

“I kept waking up in the middle of the night, in a sweat. The dream I was having was Henry would just look back at me, he would make eye contact, and then he’d take a step off the mountain and just disappear.”

I think I was having these dreams because he was so blasé about the idea of dying and falling off a mountain. He would say things to me like, “Mom, everyone’s got to die,” and he truly means this. He’s like “Chill out mom, it’s totally not a big deal.” Because a lot of these pioneers of climbing end up dying at some point.

In my mind, ultimately I translated it to, “Is Henry ready to make all this big decisions? Or even little decisions?”

So I started thinking like, “Well, what are the things that are really bothering me?”

I fell back to at the time, we were in sort of this college application sea of applications. We had just visited Georgetown and American University. The day he was filling out his Georgetown application, he left for work and was putting gas in his car and he called me from the gas pump and said, “Hey mom, you’ve got to come here immediately, the gas pump doesn’t work.”

I’m like, “Are you kidding me? What is wrong with you? You’re 17 years old, I’m not coming to the gas pump. You cannot tell Georgetown you don’t know how to pump gas. There’s something wrong here.”

Here’s a kid who’s so smart, he’s really smart, he just finished up an independent study in fourth generation warfare, counter terrorism. I mean, he’s not a dummy, but he doesn’t know how to pump gas? What is wrong with this picture?

“I started having conversations with other parents and they’re like, ‘Oh yeah, my kid is clueless, they have no idea.'”

The more I talked to parents, the more the stories just came back that it was such a universal issue. That was sort of the inception of the book.

Why are these things so common?

We live in an environment where a lot of things are done for our kids. A little of it is socio-economics — we’re not a supremely affluent family, but he does live in a nice area where kids are given a lot and babied a little.

But I think just universally, we go under the assumption, “Oh, they get it.” Or, “They’ll figure it out,” and I don’t think that that’s true.

One parent told me a story about her child who was away at school and kept calling home and going, “I have no money.” The kid was in tears and like, “What am I going to do? I can’t afford to eat, I can’t buy my school supplies.”

Then the parents finally flew to see the child, who had never opened his mail. His parents had been sending checks in the mail all summer.

That’s a funny story, but think about the bad things that happen when you don’t open your mail. Even though it seems so obvious and silly, they actually can have serious implications on your life. You’re not able to pay your bills, your credit’s going to go down the toilet, you might not be able to rent an apartment in your sophomore year of college, etc.

I don’t know if parents realize how insane the world is for kids right now, having phones that can send photos. It’s the Wild West. How do you have that conversation?

Parents think that if they start the conversation that they’re giving carte blanche for kids to have sex, to give consent, to get an STD, to send a picture, to do all these things. They’re like, “If I just don’t say anything, it will never occur to my child to do these things,” which is absurd of course.

From the beginning of time, kids were doing all of this. It’s just a matter of thinking about what the ramifications are, what the boundaries are, how to be safe and how to talk about it.

Because if you do it, it’s literally child pornography, if you’re under 18.

“I’m like, ‘Guess what? Yes he is, because someone is doing it. It could be my kid or your kid, and they totally would do it because it’s easy.'”

They don’t realize what they’re doing. They just think like, “Hey look, my girlfriend sent me a picture of her boobs and then I just showed it to my friend.” But by sharing it, and then my friend showed it — suddenly his mom looked at his phone, and then she showed it to the parents, who then called the police.

I think that a lot of this stuff happened when I was young, but we just didn’t hear about it as much. Now there are more vehicles for it to get out there, there’s more technology. But I still remember a lot of crazy stuff happening, and so I think it’s just a little less hush-hush, which I actually think is great. Now the burden is coming back on the parents, which I think is good. Parents have to suck it up and start talking about it, and that’s a little scary.

I’m a parent, I don’t really want to have to talk to my kids about some of this stuff. But I’ve been pretty ballsy all along with my kids. When my kids ask me how do babies get made, I was not the parent who was like, “There’s a stork!” I pretty much got out the anatomy book and was like, “Here’s what happens.”

What is something that parents can do to improve their relationship with their kids this week?

Listen more. Because it’s easy to get caught up in the doing, and I know I have lists all all over the place like “We’ve got to do this, we’ve got to do that!” Our kids tell us what they need and what they are wondering about, but only when we shut up and listen.

Do you have any advice for aspiring authors?

Do it! Just stop talking about it and do it. One thing I’ve noticed in this process is that a lot of people come up to me and say, “I can’t believe you wrote a book!” Or, “Congratulations, that’s such a huge accomplishment.”

And I say, “Yeah I am psyched about it, but guess what? You could totally write a book. Just find out what you are passionate about and write it. What are you waiting for?”

Everyone has something to say that’s valuable. The only thing holding you back is you.

How can our listeners connect with you?

They can connect with me on my website, YouNeverToldMeThat.com. If they would like to connect with me about a speaking appearance or any other questions, they can email me at [email protected] or directly at 414-350-5038. 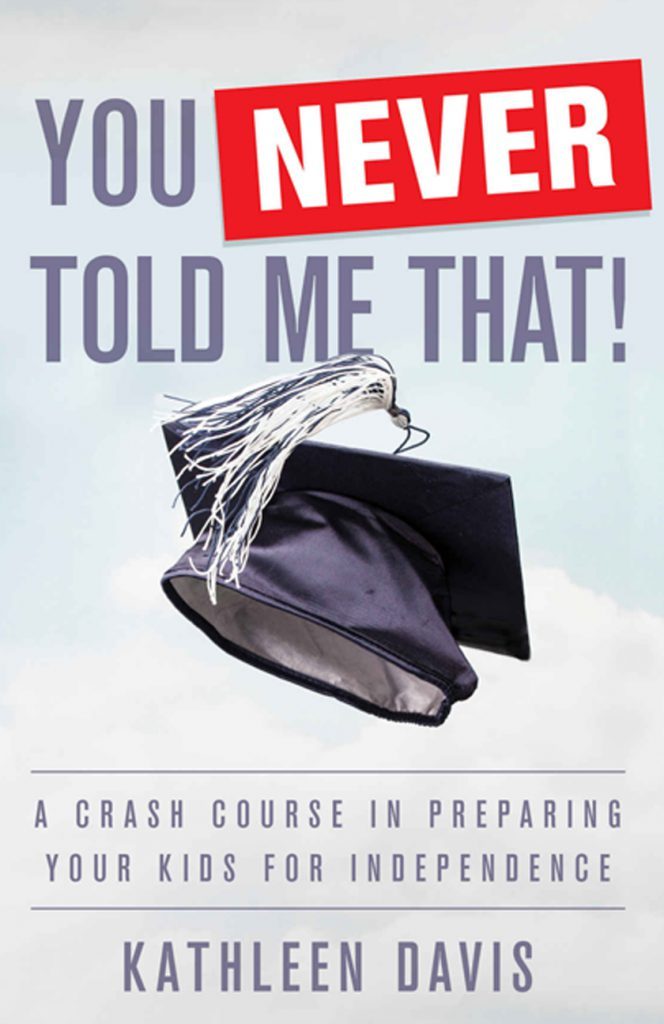 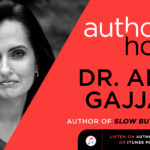 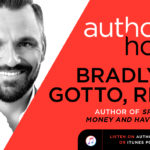 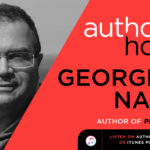