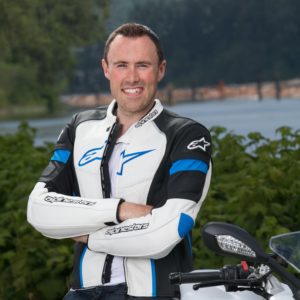 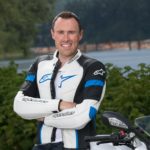 Before you buy a motorcycle, there is a lot of information you need to know in order to keep you safe. In this episode, Lee Heaver, author of Your First Motorcycle, will teach you the critical tips before you buy your bike so that you can have the confidence to safely hit the highway.

Key Points From This Episode:

What’s the #1 idea you want people to take from your book?

If you’re going to get into motorcycling, start with a smaller motorcycle.

It will have enough power to get you around town and ride on highways, and you’ll still be faster than most of the cars on the road.

If you start with a smaller engine motorcycle, and those are all a lot lighter and easier to manage, it’s so much easier to learn how to ride, get comfortable with it and learn the advance riding on a smaller motorcycle as well so that when you get to a bigger one, you’re better prepared. 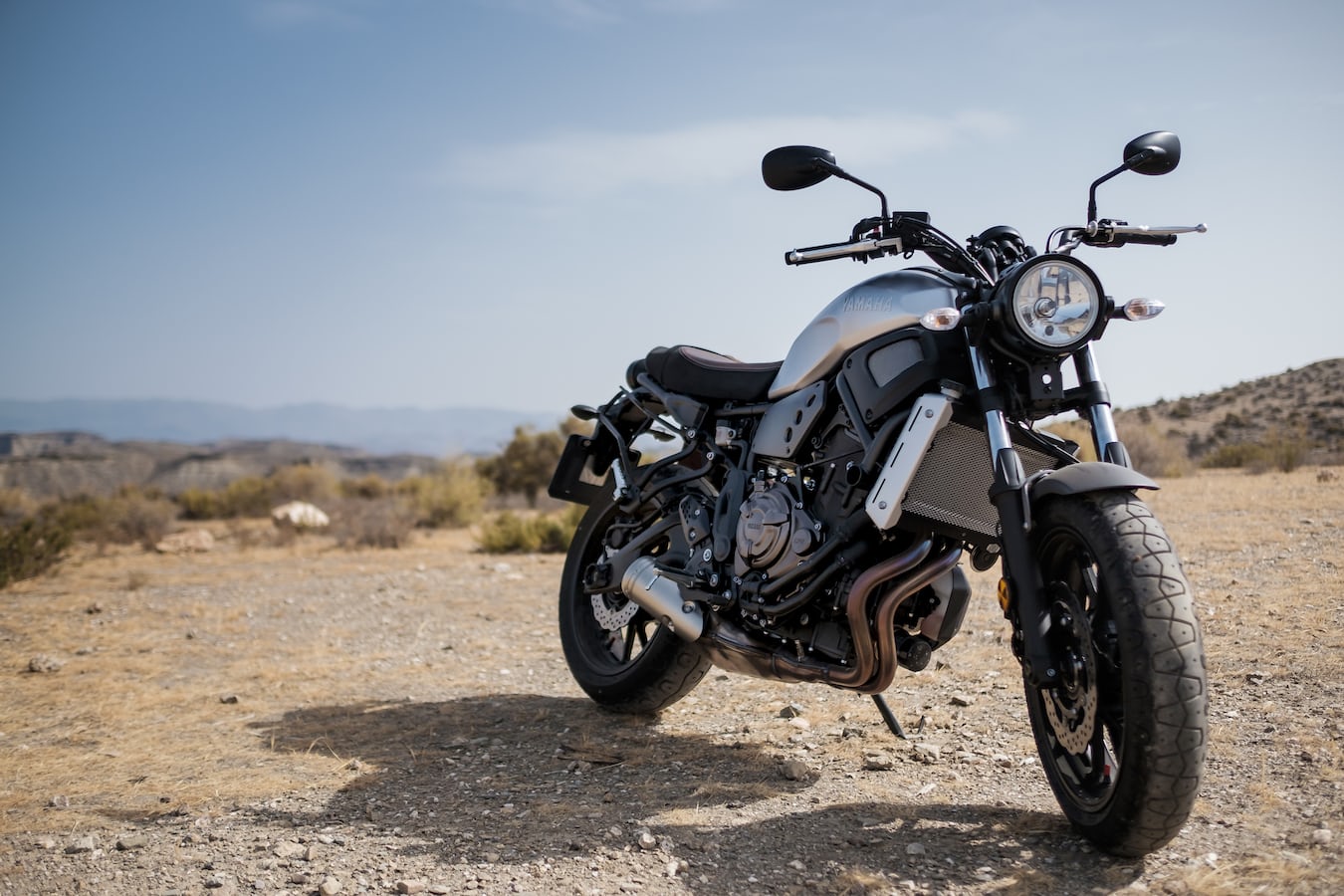 Why does it really matter to start small?

It’s just easier to learn on something smaller. If you want something that you can grow into, you absolutely will, but the learning curve is a lot steeper, and if it’s stepper that means you have a greater risk to your health and safety. That’s the real key point here.

Sure, you may avoid transaction fees. Buying the motorcycle and selling it for less. It may cost you a bit of money there, but you will get so much more forgiveness with a smaller motorcycle when you make mistakes.

On a bigger motorcycle, you just don’t get that forgiveness. The cost of starting with a smaller bike is really, really small, because when you own a small bike and you’re ready to sell it, you’ll be selling it to the biggest possible market that wants to buy it. It will be a quick sell.

What do I need to know about buying my first motorcycle?

The salesman or saleswomen, whoever is selling you the motorcycle, their job is to get you into a motorcycle no matter what.

Whatever motorcycle you want, they want to put you there in it and they can set you up with a loan that have really unfavorable terms. It will get you the bike, but you’ll be paying this loan off for longer that you have planned and interest cost could be a lot higher than you really realize and understand.

Part of my book is dedicated to buying for your first bike or any motorcycle, the smart and efficient way. Because motorcycling is not cheap. There’s definitely a good startup cost to getting into it and joining a club.

What are the costs? 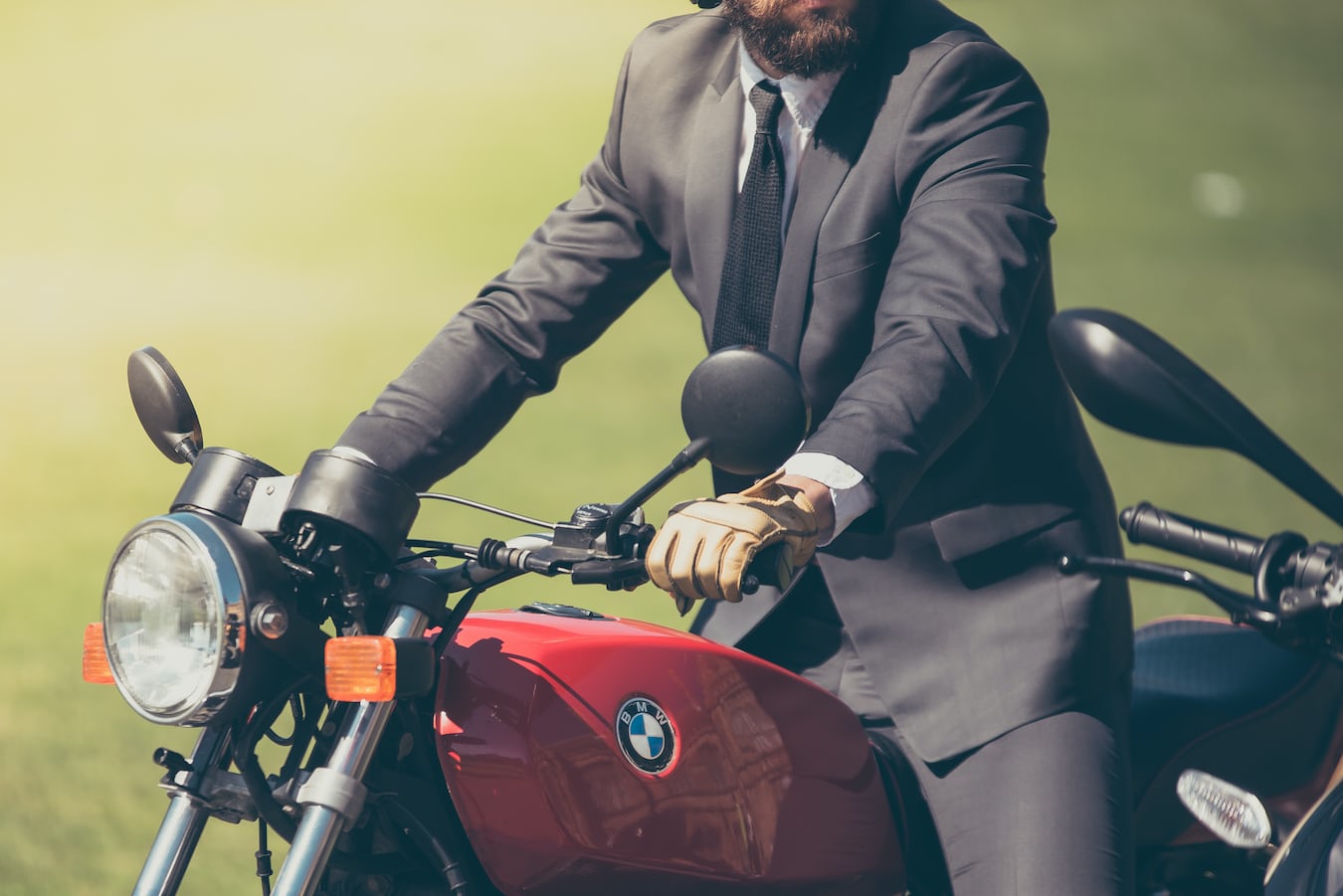 Is a course required to ride motorcycles?

No. You can learn on your own.

It’s not a law that you must take a course. You have to go through the licensing. Technically, you can learn in a backyard or an empty alley or street.

Is a motorcycle course a worthwhile investment?

Absolutely, because we’re going to force you to do exercises and drills with a lot of repetition. When we learn things on our own, we typically rush through them.

With us, we’re going to make you do these things over and over to get that repetition, to get that muscle memory and so that when you need to rely upon that skill, it’s automatic.

It’s easy to learn how to ride motorcycles. It’s really hard to stay safe, and what we’re focusing on.

What are essential drills new motorcycle riders need to practice?

When we ride a motorcycle, we don’t really ride it slowly, but you will have to do it 5% or 10% of the time, which could be traffic, gas stations and parquets. If you’re unable to do that, you’re basically going to be walking your motorcycle. You won’t look confident either.

When we put them off for the first time, we tell everyone, “Get your Hollywood revs out of your system. Rev it off and whatnot,” but it’s such a terrible way to ride a motorcycle. It’s fine stationary, but once you get moving, you really need a steady throttle hand.

Do you coach new motorcycle riders on humility?

Absolutely, because once you get on a motorcycle, it’s exciting. So it’s going to make you want to do things you wouldn’t normally do. Being on a two seats or two wheels and an engine, you’re really exposed out there and you’re on something that has a lot of acceleration, it’s exciting.

You could have your friends around you and you’ll just want — You will finally become a different person, because now you’ve got the helmet and you’ve the motorcycle gear. You’re feeling pretty good. You’re looking and you want to go out there and really experience this. You will end up riding your motorcycle a lot faster than you would drive your car.

It’s hard to manage. I still have to manage it every time I get on a bike, because I’m having a great time. For the most part, everyone is getting to get exposed to it, especially male riders. Women riders have much better brains for keeping it reasonable out there. 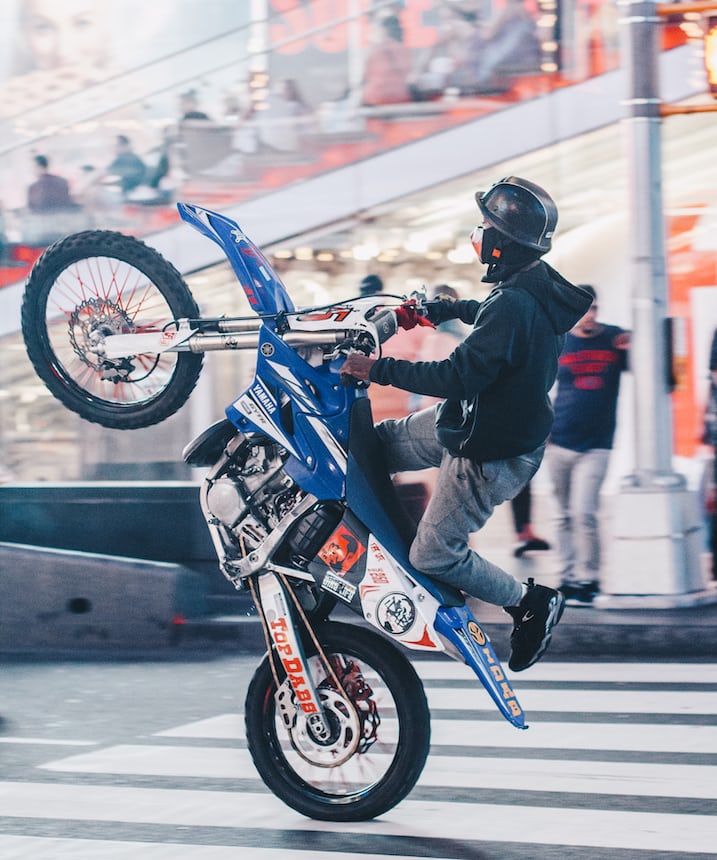 I really wish it would be higher, because I do teach on the track and you do see a lot of people come out, but a lot of times they are the same ones and you get new people come out, which is great. But there’s a general healthy fear of they don’t want to drop or crash their bike, which unfortunately it’s just part of riding a motorcycle.

You are going to falloff at some time, but most likely it’s going to be a minor thing. Especially if you’re in a safe learning environment, falling off your bike will be a non-event. It’ll be scary, but you will learn a lot from it.

I had my first motorcycle crash on a track. I had a bit of an education event to learn my bike. So when it happened, it was scary, but nothing happened. My bike was damaged, but I was okay. My motorcycle gear did its job and then I knew, “Okay. That’s as far as I can lean my motorcycle over. Don’t do that again.”

What do motorcycle drivers need to be looking out for?

The gas can go stale. You don’t want to leave dirty oil in there. You want to change it with a little more frequency, and you’re basically taking a flashlight and checking all over your bike a lot more.

Tires don’t last nearly as long either, so you got to keep an eye on that, because those are like two points that connect to the road. You can’t be complaisant about the tread life or how much air is in the tires. You need to check that regularly.

When do you recommend riding on highways?

Very soon after. Highways are much safer places to ride than cities.

Intersections are the most dangerous place to ride. The less of those you ride, the better off you’ll be.

What other lessons do motorcycle riders need to know?

While you won’t be immune from injury, being fully geared up will make a huge difference when you have those moments where you make a mistake or something happens in front of you that there’s just no avoiding it. 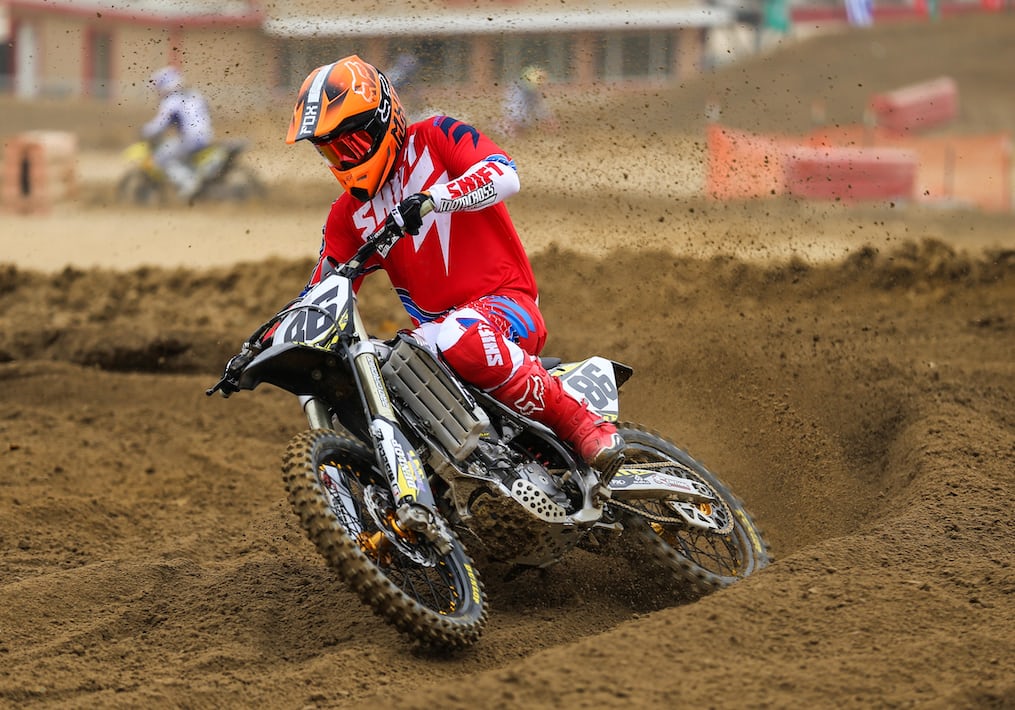 A few of my friends have had some very nasty crashes, including a couple where we had the helicopter was called in to take him away. A motorcycle gear is the difference between their lives and they all were covered relatively quickly and they all rode motorcycles again.

What are your favorite success stories of your customers?

I’ve seen them get into motorcycle racing right away, take a bunch of courses, and they’re winning races. They’ve gone from — Like one student in particular, he learned in May of 2015 and the race that he participated in this year, he has beaten out the trophy holders of several years. They’re good riders and he’s beaten them out with less than two years of experience riding motorcycles

I’ve got another student, he’s currently in South America and he just rode down there up in Vancouver, Canada here and he’s just riding all down through there with, again, not a whole heck of a lot of experience, but enough and a good head on their shoulders that they can do it.

If you really want to get into these big interesting and fascinating rides that you see in movies and television, it’s absolutely possible. You’ll just have to spend a little more time on some extra training and some extra gear, but you’re not too far away from doing some very incredible amazing things in a motorcycle.

What do you hope for readers of your book?

That it changes their life, that they get into motorcycling and they are looking for that next adventure or something that can give them more excitement in life and they take it, they get into it, they meet a bunch of new people, they have a new social circle and they’re doing these big rides that they never thought that was possible. They’re just extremely happy and enjoying every moment of it.

I love reading and hearing about that, because I do get so many students in where when I ask them why they’re getting into it or what’s it about for them and they’re just looking for something new to do that’s exciting.

They understand the dangers. Their parents and friends are — Most people will tell you that it’s dangerous, it’s crazy, you’re going to get yourself hurt, yet they’ll do it anyway, and they still want to learn, given society’s view on motorcycles, and they do it and they enjoy it thoroughly, because you really do connect with the road and your motorcycle far more than you would with a car.

It is inherently dangerous, but as long as you have the right approach — You can make anything dangerous and make it very, very safe. When we live our life, just living our lives, our biggest risk are going to be health related, given the way we eat, our diets. There are cancers, heart attacks, strokes, those are the top three reasons or top three things that are going to get you in life.

How can we connect with you or even take a course with you?

My motorcycle school is First Gear Motorcycle Training. It’s up here in Vancouver, B.C. Canada and we run nine months out of the year from February to October. You can find me there to that website. I’ve got my own website, ridefar.ca so you can see all the interviews and reviews and rides that I do there, and in the social media stuff too. 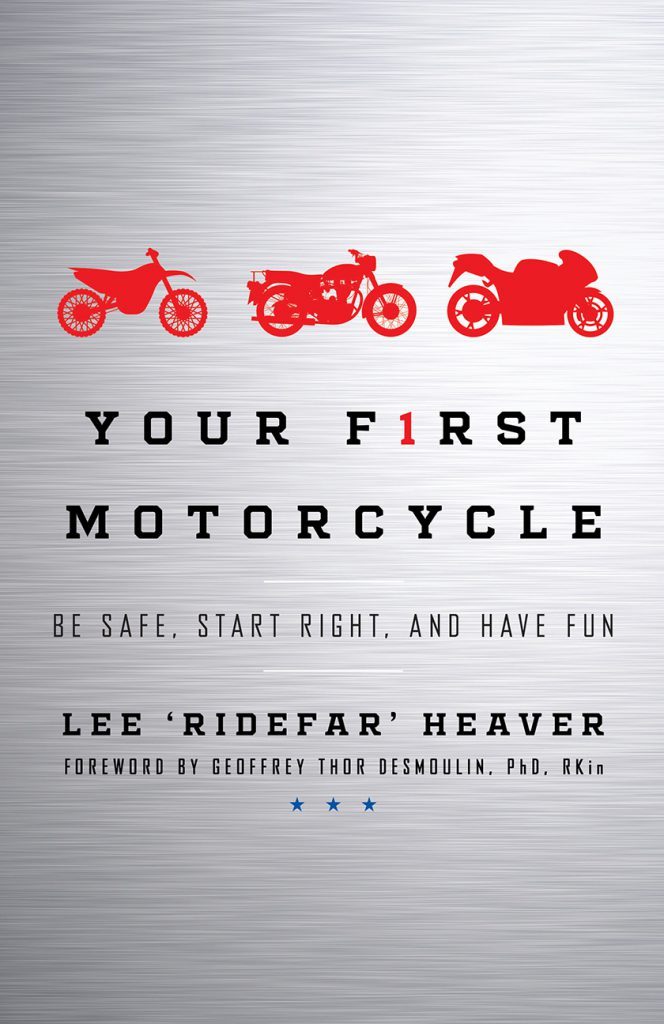 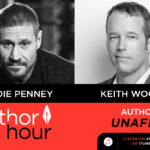 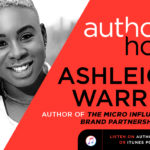 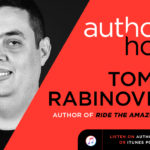