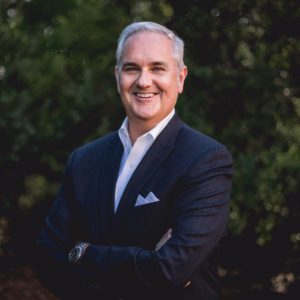 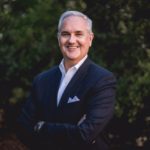 What happens when your company’s reputation is severely damaged? Who do you call when your business is making negative headlines and the public no longer trusts you? The answer is Bill Coletti.

Bill is a crisis communications and reputation management expert and now, the author of Critical Moments, a corporate guide to 21st-century crisis management.

With more than 25 years of experience working in high stakes crisis and media relations challenges, Bill has provided senior counsel in reputation management to Fortune 500 clients like AT&T, Target, American Express, American Airlines, Home Depot, Xerox and many others.

Listen in to Bill Coletti to learn:

What made you want to write a book on crisis management?

It started on a flight from New York to Dallas. We were with a client in the debrief phase of our engagement, working with them post-crisis. We had this conversation around the question, “What can do we do to make sure that that never happens to us again?”

I began the conversation by talking about reputation management.

“In essence, companies need to begin to think about reputation management long before a crisis hits.”

But I was using vocabulary and talking about concepts that just didn’t seem to make sense to this particular CEO. He just didn’t get it.

We had both been through this really challenging crisis and had spent the last couple of weeks working closely together, but there was still this disconnect with my vocabulary, particularly around reputation management, and his background in marketing.

As I talked about reputation and public perception, he was thinking about marketing, branding, and customers.

So, flying home that evening, I thought, “When people coming from a marketing background listen to me talking about reputation, what do they hear?”

That sent me on this journey to better understand the four Ps of marketing: Price, Product, Place, and Promotion.

Despite being coined in the 1960s, it’s still a durable concept all these years later, and so that’s where I decided to base my model of reputation management off of because it’s something that a lot of business executives are familiar with, particularly marketers.

And that’s how I came up with the four A’s of reputation management.

Well, people used to say the exact same thing about marketing, and now marketing is almost a science thanks, in part, to the four Ps.

What I’m trying to do for reputation management with the four As is exactly what the four Ps did to marketing because, despite its critical importance, it’s not a high enough priority for many organizations.

How does reputation management differ from branding?

Your company has a reputation that is very closely related but different than its brand.

For example, I feel very strongly about the Apple brand and what Apple products mean to me but there is another side of that coin which is this notion of reputation.

“A company owns its brand and can manage that brand, that’s what marketers do. But a company doesn’t own its reputation. It’s up to consumers to determine a company’s reputation.”

For example, we all remember the BP oil spill in the Gulf of Mexico. Well, BP’s marketers worked really hard to talk about “Beyond Petroleum” and to try to brand BP in such a way that you, as a consumer, would choose to buy your gas at BP and not Shell or Texaco. Then the oil spill occurred, and while the brand didn’t change, the company’s reputation did.

That’s the difference between branding and reputation management.

Unfortunately, most companies don’t start taking reputation management seriously until a disaster of that scale happens, and then it’s almost too late, serious damage has been done.

What are the four As of reputation management?

The four As that I talk about are Awareness, Assessment, Authority, and Action.

Awareness is the first step to reputation management. Being aware of your marketplace, aware of your competitors, and aware of the kind of the issues that could impact your business.

The second A is Assessment. Assessment occurs both internally and externally. Assessment is different than Awareness in that you’re asking questions in a research context. These questions should allow you to fundamentally understand where people stand, what they expect of you, and what your reputation is.

Third in the series is Authority. Authority is all about bringing experience on board based on what you, as an organization, learned from the Awareness and Assessment stages of reputation management. It’s experience at the highest level being brought in to help you meet your reputation goals.

Finally, Action is where you begin to deploy reputational programs which typically involve public relations and other disciplines of communications.

But here’s the really important part, you can’t start acting until you’ve already done the other three As. It just doesn’t work. You need to have Awareness, you need to have completed a thorough Assessment, and you need to have the Authority to act, otherwise you’re actions won’t be guided by a fundamental understanding of your organization’s position.

How can an organization begin to get a better awareness of their reputation?

At a minimum, Awareness is about situational intelligence. It’s about having really good social listening tools that not only focus on customer experience but also slightly more intangible topics that relate to your company or your industry.

There’s one tool that performs quite well at this called Dunami. It’s a great social listening tool primarily driven off of Twitter. Other tools like TrendKite and Meltwater are really built more for brands and branding. 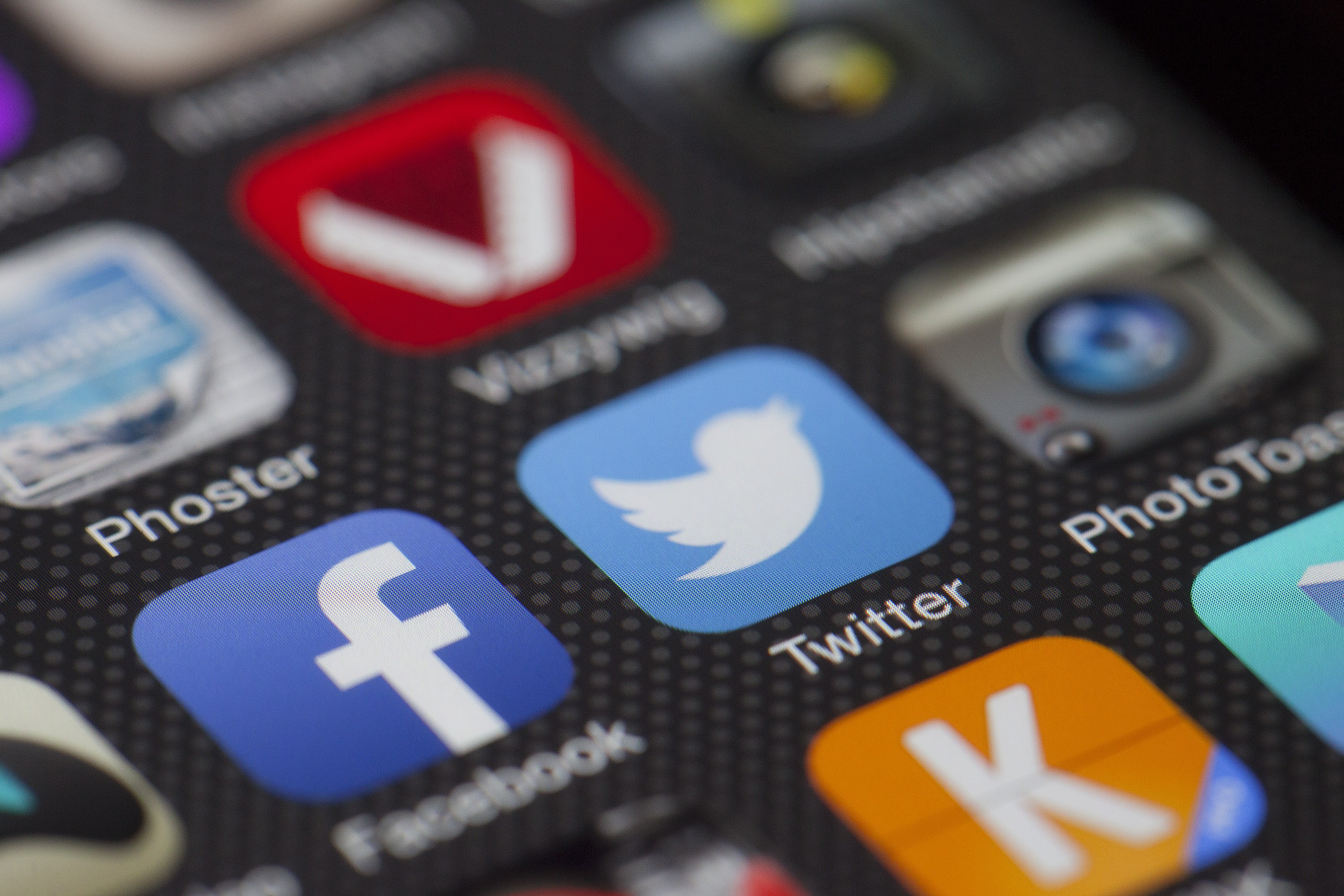 Unfortunately, right now, there are very few tools out there that are primarily built around this notion of reputation management.

Who should be practicing reputation management?

Primarily large enterprises. The whole concept of reputational management and the four As are really built for sophisticated companies, and those are generally going to be large organizations.

Now, you could make an argument that a regional bank in central Texas is pretty sensitive and needs to be proactive about their reputation. But I put them in a different category than I do a regional lumber yard or another type of small business. But primarily what I talk about in my book are enterprise level organizations.

What would Bill Coletti’s advice be to an enterprise that has a pretty good reputation already?

Certainly, all organizations interested in reputation management should be continually assessing and doing research, both internally and externally.

There are seven key aspects of reputational management that I talk about in the book. They are transparency, responsible citizenship, leadership, privilege, employee endorsement, products and services, financial strength, and innovation.

No companies are doing that well in each of those seven areas. There are always going to be areas for improvement and what my model allows companies to do is focus on one or more of those seven key aspects in a systematic way.

Can you give us some examples of companies that have strong reputations?

Certainly Starbucks, Apple, Google, BMW, Mercedes and to a certain extent, Kellogg’s and Lego, are all great companies that are generally regarded as having strong reputations.

“A company that I like to use as a benchmark is Starbucks. Starbucks is on the right track with their employee experience, their corporate transparency, their commitment to sustainability, and the fact that they offer innovative products.”

Google, or Alphabet, is there as well with their mantra to do no harm.

So, those are a couple of examples of companies that I think are getting there. And although we’ve seen Apple ranked highly in terms of reputation, it’s lost a bit of its luster more recently.

How do you see the reputational challenges facing Uber playing out?

Uber has kind of a multi-front challenge. As many are aware, there was a blog post written by a female engineer at Uber detailing the horribly sexist culture that exists within the company. Then, we’ve all seen news articles on issues relating to how they treat their drivers. Third, their public affairs or regulatory approach has really incensed opinion leaders and elected officials in the way they seem to disrespect the lawmaking process in the countries that they operate in. Finally, there’s the leadership from the top.

Their DNA from the beginning has been very much go-go entrepreneur or, “Screw you and get out of the way or I am going to run you over.”

There are a lot of people in early stage startups who take that approach, you almost have to be that aggressive to make it as a startup, but that only works for so long. It’s a bit like the transition from angsty teenager to adult. When you become an adult you can’t really take that same approach and continue to grow as an individual.

So the problem with Uber is one of self-awareness. They just don’t have very good situational intelligence. They didn’t really know what was going on in the marketplace because they were so focused on deploying to new markets as fast as they could.

To correct course they’re going to have to first focus on Assessment and Authority, but it’s going to be very difficult for them to resist the urge to jump right to the Action stage of reputational management.

How long does it take to reverse a negative reputation?

“Warren Buffet once said, ‘It takes 20 years to build your reputation and five seconds to lose it.’ And that’s so true.”

But it’s a really difficult question because there have been no studies on how much reputation building you have to do in order to build a reservoir of good will. That’s one of the great challenges with investing and reputation, is that you can measure that stuff in marketing. You know I think that a year of committed intentional repetitive over the long term, constructs is a really good way to go about doing this. I think people will have – the American public is incredibly forgiving.

But companies in a bad state reputationally do have a couple things working in their favor. First, the American public is very forgiving, and second, we have short attention spans.

What can we do as individuals to strengthen their own personal reputations?

Well, it all starts with the four As. First, be self-aware. Self-awareness is a really important part of your personal reputation and excellence. If you’re not fully self-aware, and most people aren’t, you can ask friends, colleagues, clients, or even a coach, “Where do you think I stand? Could you give me some feedback on how you perceive me?” And then you want to give yourself the authority to say, “I’m okay with who I am. These are my blind spots” Because we all have them.

And then you want to give yourself the authority to say, “I’m okay with who I am. These are my blind spots” Because we all have them.

“Admitting to yourself that you have areas in your life you need to improve on is not admitting to failure, it’s having the courage to take action to strengthen who you are, and that in turn will strengthen your reputation. “

Want to learn more secrets of the world’s most successful corporations? Check out these other Author Hour episodes: 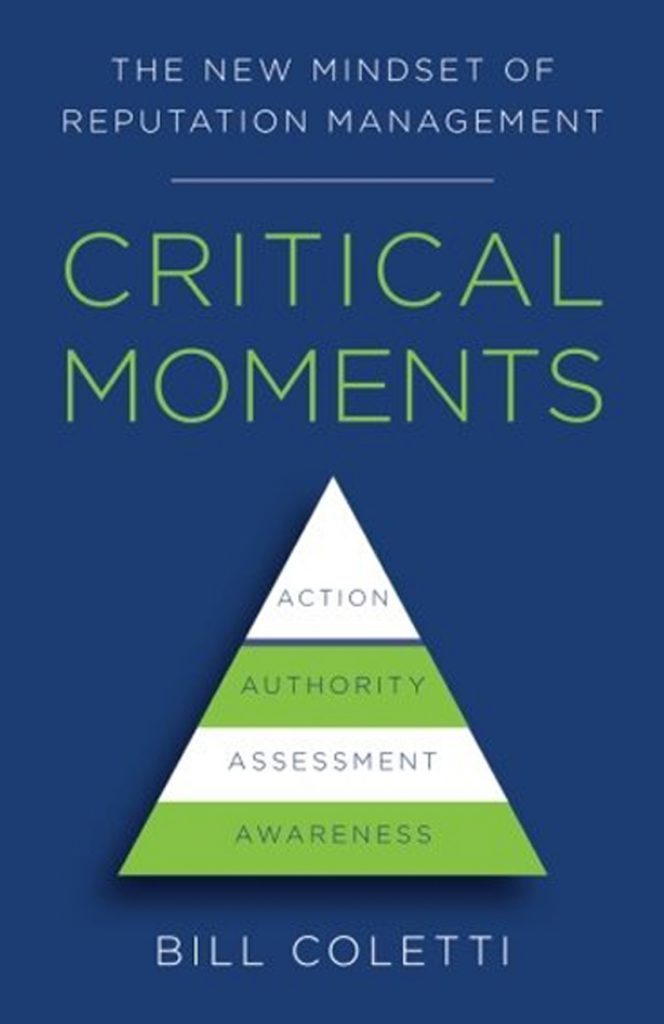 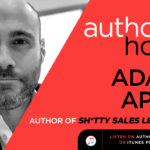 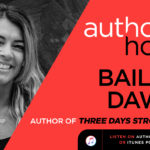 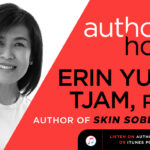